Back in 2015, I wrote a short piece about dancing on the London stage from 1660 to 1760, a topic that still receives scant attention from dance historians. In the course of writing a recent post about one particular set of dances performed in London’s theatres, it crossed my mind that I should also pursue the dancers who worked there. Many of them have never featured in dance histories, which generally confine themselves to the same few famous names.

London’s best-known dancers, in their own time as well as ours, were quite often from Europe. They came from France in particular, but also from Italy as well as what is now Belgium, the Netherlands and Germany. There were also many native-born dancers in London’s theatres, although they seem (more often than not) to have taken supporting roles to the visiting European stars. Claude Ballon and Marie-Thérèse de Subligny were acclaimed when they came to London in the years around 1700. Hester Santlow and John Shaw were two English dancers who always took leading roles – they were quite definitely not members of the corps de ballet. 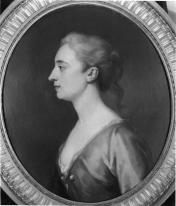 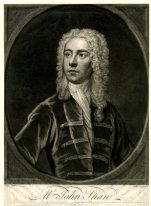 We can only really trace the dancers in London’s theatre companies from the early 18th century, when newspaper advertising takes off. Even so, although this gives us records of their performances and, if we are lucky, the repertoire of individual dancers, there is still very little other evidence about their lives and careers. We know of very few portraits, even of the most famous dancers.

By the early 1700s, the playhouses and the opera house seem to have had small dance companies alongside the acting companies. There was also a dancing master, who may or may not be identifiable as such, who was a dancer, choreographer and (probably) the teacher of the actors and actresses of the main company. He would (probably) have been responsible for teaching new repertoire to the other dancers and even rehearsing them, in the group numbers at least. (The leading dancers would probably have taken care of their own solos and duets). I will take a look at some of these men in future posts. There is very little direct evidence of the dancing master’s status and duties – these have to be inferred from occasional references to him or his work. If there were any female dancers who fulfilled this role (and we know that some professional female dancers taught dancing), their status was never mentioned.

The dancers themselves had a range of skills and experience. In the early 18th century many of the female dancers were also actresses, even those who had a level of dance virtuosity equal to that of the visiting French ballerinas. At the same period, most of the leading male dancers (English as well as French) were solely dancers. Several English male dancers were, by repute, able to match the skills of their French counterparts. Lower down the rankings, male as well as female dancers had to deploy a range of performing skills. So far as we can tell, many of the native-born dancers on the London stage had some training in French belle danse, but probably as many did not.

The leading dancers in each company performed regularly in the entr’actes and, from the late 1710s, would take the principal dancing roles in pantomime afterpieces. Ballets, as we understand the term, only came into their own in the later 1700s (although the first example of the genre, John Weaver’s The Loves of Mars and Venus, dates to 1717). Pantomimes also needed a number of players who included dancing among a range of other skills. These supporting performers rarely, if ever, gave dances in the entr’actes unless they had a popular dance speciality. Actors and actresses were called upon to take part in country dances within plays – they rarely danced otherwise.

So, there is quite a range of lives and careers among the dancers on the London stage from 1660 to 1760, and beyond, ripe for investigation. As and when I write about them, I will use their repertoire to try and appraise their dancing skills as well as their status within the dance companies.