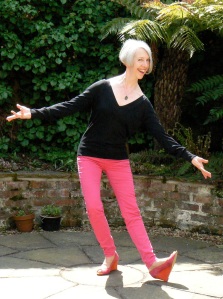 I’ve been involved in historical dance for many years. I’m a baroque dance specialist. Over the years I have reconstructed and performed many of the ballroom and theatre dances recorded in Beauchamp-Feuillet notation during the 18th century. I came to baroque dance from ballet and focussed on both for quite a long time. Later on, I extended my experience of 18th-century dance by learning country dances and cotillons. I’ve even ventured into 19th-century quadrilles as well as the early 19th-century waltz and the polka. More recently, I have turned to modern ballroom and Latin dance, which are quite different from anything I’ve tried before but not so far removed from dance in history as you might think.

I am also a researcher and a writer – a dance historian. I have given many papers at conferences and published many articles on a variety of topics relating to dance over the period 1650 to 1830. My book The Incomparable Hester Santlow was published in 2007. I am currently working on a book about dancing on the London stage between 1660 and 1760.

3 thoughts on “About Me”